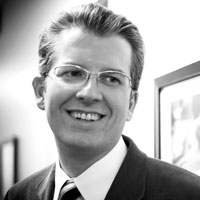 Carrboro Creative Coworking will close its doors at the end of September, founder and owner Brian Russell announced on Tuesday. The shared workspace has been in operation at 205 Lloyd St. since October 2008.

â€œAt this time I have no plans to continue operations with CCC, although I believe in coworking as strongly as ever,â€ Russell wrote in a statement on his blog, â€œand Iâ€™m pursuing options that would continue my involvement in the coworking movement.â€

Russell said Carrboro Creative Coworking was established as an affordable environment for workers who have â€œescaped traditional nine-to-five jobs,â€ most particularly freelancers, telecommuters and entrepreneurs. He has described the business as a â€œprofessional shared workspace with a coffee shop vibe.â€

â€œUnfortunately,â€ Russell wrote, â€œthe costs of my current coworking business model have turned out to be higher than the potential maximum revenue.â€

The number of coworkers Russell has been able to recruit has been fewer than hoped, he said, due to a reluctance to commute from outside the immediate area and a poor economy that has reduced personal and business budgets.

The floor plan of the Lloyd Street building was also an issue. Russellâ€™s original business plan called for an open floor plan, a bullpen-type environment inspired by start-up companies in big cities that set up shop in warehouses, though on a smaller scale. Such an arrangement, Russell said in a Wednesday interview, â€œallows for collaboration and thus more productivity.â€

Russell points to Durham as a mid-sized city with â€œthese amazing buildingsâ€ being used as innovative work environments.

â€œBut when I was starting CCC up, that kind of office space wasnâ€™t available in Carrboro,â€ Russell wrote.

In order to qualify for a Town of Carrboro revolving loan, he was required to find a place in downtown Carrboro, and settled on the Lloyd Street location.

â€œIn retrospect, that was a mistake,â€ he wrote, â€œand I take full responsibility for it.â€

A floor plan comprised of two common areas, a break room and several small offices â€œdictated a major change to my business model, forcing me to be in the office lease business.â€

Under this revised model, Russell said, more square footage was desirable, and he considered growth scenarios in which he would be selling executive office space, with coworking on the side. â€œUnfortunately, the economy worsened, and the startup capital necessary to fund a large-scale expansion became scarce.â€

Carrboro Economic and Community Development Director Annette Stone said on Wednesday that the CCC loan is secured with real property: â€œWe do have backing for it.â€

Russell said he hopes to continue to pursue means of providing sustainable office space, but that his first priority must be providing for his family. He also said he intends to write about what heâ€™s learned in hopes of better informing those who explore coworking opportunities.

3 thoughts on “Carrboro Creative Coworking to close its doors”