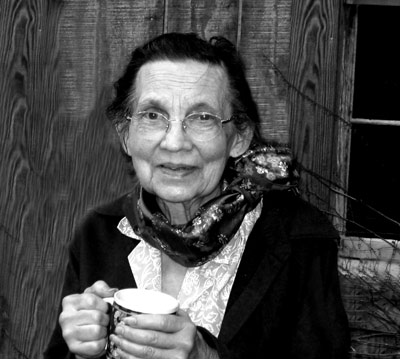 â€œI am precise today and every day.â€

She attended Vanderbilt University and Oklahoma University, graduating in microbiology. In 1977 she earned a masterâ€™s of science degree in botany. In 1945, in Miami, Okla., she married Thomas Edwin Curtis. They lived in Durham, N.C., where she worked in various labs at Duke Hospital. The family moved to Raleigh in 1952 and settled in Chapel Hill in 1954. In 1961 the house on Elliott Road was built, becoming a fixture in the lives of many loved ones yet to come.

Mimi and her husband were members of the founding congregation of their neighborhood church. It was then 1966, and they were leading the way, against numerous obstacles, toward an â€œintentional community of racial reconciliation;â€ thus the churchâ€™s name: The Church of Reconciliation.Â

Mimiâ€™s life was devoted to service; she had an open-door policy and an all-encompassing open heart. Beyond her role as a beloved mother and grandmother, she gave to the community in many ways. In addition to many decades serving the church, Mimi was a PTA member, a substitute teacher and a phenomenally strong presence in the Suzuki music community. She was praised by local music teachers for making every child and parent feel welcome. Her children frequently noted how many of their friends agreed that they would like to be reincarnated as a cat living in Mimiâ€™s house.

Mimi enriched her grandchildrenâ€™s lives with love and music, guiding them as young violinists and animal lovers, teaching honesty, generosity and high morals through the example of simply being herself. Her selflessness is spoken of unanimously and with great reverence.

She was famous in the â€™80s and â€™90s for driving around in a big station wagon, full of kids practicing the violin. They could be spotted on their way to and from Raleigh, school, soccer practice, ballet, swimming â€“ all the opportunities that Mimi ensured her grandchildren would have.

Mimiâ€™s beauty breathed through her integrity, her sensitivity and her charm. She was famously witty, and with a select few words she could out-do you, prove anything, make you blush, overwhelm you with love and infuse you with gentle wisdom. One glance could sum up an entire situation with an all-knowing understanding that illuminated a certainty of emotional intellect.

Mimi frequently said she felt so lucky to have lived such a good life, to have really gotten what she wanted â€“ in particular, all her children and grandchildren. She praised her husband for his honesty, her children for their choices and her grandchildren for their gifts to her life. She has existed as an angel to so many people. Her soul has and will continue to be a guide in how we navigate our lives, and the songs she inspired will be infinite.

She is survived by her husband, Thomas Curtis; her three children, Susan Jane Curtis, Theresa Curtis and Liz Holm; her five grandchildren, Brown Biggers and his wife, Brooke Spangler, Carmen Biggers, Jennifer Curtis, JT Sauls and James Sauls; and her two caregivers, Deborah Shantzek and Grace Wanjihia. She was predeceased by her son, Freddie Curtis.

A service will be held this Sunday, July 22 at 3 p.m. at the Church of Reconciliation on Elliott Road. A memorial concert to honor Mimi with music will take place in the near future.

In lieu of flowers, the family is suggesting that donations be made to the N.C. Botanical Garden or Alzheimers North Carolina Inc.