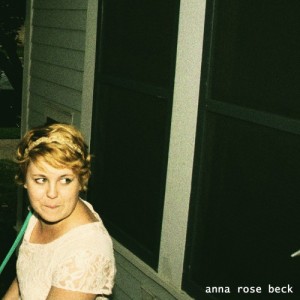 In 2011, Anna Rose Beck released her debut EP, The Weathermaker, a seven song showcase of her fingerpicked acoustic guitar lines and lovely melodies. It’s not a bad start, especially for someone who picked up music late in life (specifically one summer spent not studying for her biomedical engineering degree at Duke) and taught herself to play and sing.

So sure, Beck’s got the chops and the guts to face down Duke professors and audiences alike, but can she handle our five questions? See for yourself after the jump.

1. If your music were a fairy tale, which would it be? 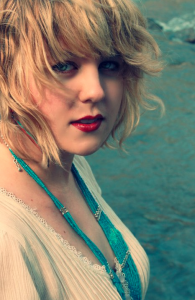 I really relate to the story of the “Ugly Duckling.” When I was a little girl, I loved to sing, but didn’t know how, and didn’t think I was good at it. I had a lot of admiration for the girls I knew who were good at singing and was jealous. Long story short, in high school I became a science and math nerd and then was studying engineering at Duke. But I always felt like some part of my identity was missing. When I was 21, I started learning how to play guitar and would shut myself in my room alone and could go on singing and playing the same songs for hours on end. The more I did it, my voice literally began to change because I learned how to draw the sound from a different place in my throat and chest. All of a sudden I could create the sounds and notes that I wanted to. Really gradually I worked up the courage to share it with people — first on YouTube (really!), then in front of close friends, then eventually at my first open mic (at Broad Street Cafe, and it was completely and utterly terrifying). Before, people would say I sounded “nice” and other polite things like that, but nothing too enthusiastic. But I kept trying. Then literally, like a light switch had been flicked on, at some point people started telling me what a pretty voice I had. Like over and over again… that was an awesome moment. I had finally found something extraordinary within myself, which happened to also be something that I loved to do. So it’s kind of my own version of the “Ugly Duckling” story. Singing was something I’d always wanted to do, but thought I wasn’t good enough, and then all of a sudden I learned how. As a result it’s a gift I really appreciate.

2. When did you start to think music might be something more than just a bedroom hobby?
I used to put up YouTube videos of myself singing and playing guitar…first cover songs, then a couple of songs I wrote. A guy involved in the local music scene (Jeremy Blair, who’s now a friend of mine) saw my videos online and suggested to Broad Street Cafe that they book me for a gig. The booker from Broad Street got in touch with me and asked if I’d like to do an hour-long set and that was just…an incredible feeling. I had never imagined that people would want to listen to me, let alone for an entire hour! I was so excited and also so nervous. That was probably when I first thought this was more than just a hobby. It also happened to be a couple months before I graduated from Duke in a terrible economy, so when I graduated with no job, it was an easy decision to stay in Durham and see where things would go with playing music.

3. Describe the last song you wrote.
It’s about wanting to run away from your current life, wanting to become someone different than who you are. But in the end maybe becoming your best self and feeling comfortable in your own skin. Obviously it’s something I’m struggling with lately. Here are a few verses…

I won’t care what people say
My heart will race
I’ll never catch my breath, and the moment I will chase

Maybe I will hit the road
Shed all my clothes
And toss them out the window, one for every mile I go 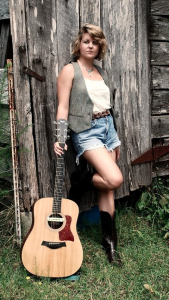 4. Who/what might be a few inspirations or influences that would really surprise people?
In sixth grade I was really into the Spice Girls. I had Spice Girls magnets in my locker about a year after they stopped being cool. (I was a very loyal fan.) Then the most popular girl in school saw them and made fun of me for it. I don’t remember if I took them down or not after that … I hope not. But I may or may not have been really excited when Victoria’s Secret started selling the “Spice World” album in stores a couple years ago…

5. What did you dream of being when you were a kid? (How â€™d that turn out?)
I wanted to be an architect for awhile. When I graduated with a degree in engineering (after having decided I hated engineering about two years in) I had a life crisis and thought I should go to architecture school. I actually took the GRE and started applying to architecture graduate programs, but my dad and his wife (who are both non-practicing architects) talked me out of it, mostly because they thought I wouldn’t make any money. Oddly enough, though, they still support my music career…

Wander on down to the Local 506 next Friday, May 11th to hear Anna open for Vandaveer and Strip Mall Ballads. And, by all means, give Anna a high five when you see her!