Much of the media is jazzed about Thierry Breton’s decision to end corporate email within Atos SA in the next 18 months. Can he do it? Is he sane? What will come of it if it does work? And hey, we did that already ourselves.

In this last camp are: Klick in INC’s “The Company That Outlawed Email”, BonitaSoft in GigaOM as Email in the enterprise: entering its twilight at 40? and How We Killed Email: To Save Time and Sanity. The second by BonitaSoft CEO Miguel Valdes Faura and third by Josh Smith of GotToBeMobile and Notebooks offer suggestions for alternatives and productivity enhancers that would be quite helpful to anyone embarking on a corporate #noemail campaign. 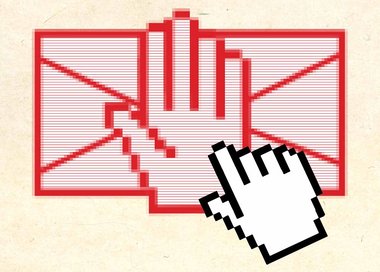 The New York Times catches the #noemail wave in their Room for Debate blog with the cleverly rhymed “Should Workplaces Curtail E-Mail?”. Here four experts or at least four people with vested opinions write short provocative essays to give rise to a spirited discussion or just troll for responses. Email or #noemail experts offered are:

Nicholas G. Carr author of The Shallows: What the Internet Is Doing to Our Brains and a lecturer on no email and no social networking who uses underdeveloped brain research to argue that Google/Internet/email makes us stupid(er). In his piece “Put the Cost Back in Communication,” Carr argues predictably that distractions — email and social media make you stupid(er).

William Powers, the author of Hamlet’s BlackBerry: Building a Good Life in the Digital Age, has a twitter handle @HamletsBB. He’s not worried about his brain changing — he can quote Plato still — but he is concerned that we need both connectedness and disconnectedness. A basic “let’s use technology appropriately” argument. How could that go wrong? In some ways, it’s Nicholas Carr lite. In his essay, “The Phony Zero E-Mail Alarm,” Power praises connectedness and warns of overload citing Jonathan Spira’s Overload! How Too Much Information is Hazardous to Your Organization” for support. Finally, Power suggests that we meet Face to Face. In full disclosure, I can say that I’m closest to Power’s position (so far).

Peggy Duncan, an Atlanta-based personal productivity expert and Outlook consultant, and the author of “Conquer Email Overload with Better Habits, Etiquette and Outlook 2007” thinks the technology is just fine. People need to change. It’s so simple. Their brains aren’t changing, but they should be changed. People should follow the rules and suggestions in her book. Or hire her as a consultant. Get rid of face to face; let employees “meet with their in inboxes instead.” Peggy, you had me at Outlook. Srzly?

That leaves us with my ole pal and #noemail pioneer Luis Suarez aka @elsua. Luis as readers of this blog know is a social computing evangelist at IBM, helping to accelerate the adoption of social networking tools as business tools. And Luis has been off corporate email and on social media solutions since 2008. You might expect that Luis would make a strong case for #noemail. But you would be wrong. Luis instead cautions against being too rash or too quick to kick out email in his essay “What We Would Miss.” As much as I respect Luis, I feel he is too moderate in his message especially given that this is a debate. True that Carr and Power aren’t taking the side of email at all. But neither are they exactly on the side of the move to social media. Luis and I have long had a disagreement about email as the best way for a private interchange (he says it is and I say you gotta be kidding, DM or SMS or other messaging is better for this) and to schedule meetings (he says it is and I say you gotta be kidding, use a shared calendar or Doodle.com).

Unlike the other authors, Luis responds to every comment that is at least half sane. Props to Luis! He is social. He is doing the work. He is not even selling a book. As a result, Luis’ thread is by far the best read of the debate. Social rules! Especially when lead by and experienced social media communicator.