by dylan.chap@gmail.com
I have a friend who I recently introduced to Buth's materials (I myself am a newbie as well). He was very excited and reached out to a staff member within the Ancient Languages department of a bible college he will be attending next fall. I have only listed below the core details of this faculty member's response below (so as to not reveal the individual or the college). I'm curious to know if any of you agree or disagree with his assessment and if you disagree, how would you respond?

"In one sense, the Greco-Roman world with its speakers is dead and gone. There is no Koine world left to enjoy, participate in, interact with and learn from (as you would a modern language that is still embedded in its own peculiar culture) apart from through the text. So most of us are content with reading. We do have a composition class which aims at using language production for its pedagogical benefits, but it is conducted in English. Would you become a better Greek student by speaking? Almost surely – because you would spend the time to be familiar with things which would speed everything up. You would value recall, not just recognition. It would increase your exposure which is always good. Would you gain profound insights that can’t be achieved otherwise? I’m skeptical.

On the other hand, would going to Greece be a good thing? Yes, certainly. Not because modern Greek will make you a better exegete, but again, it would speed up how you process the language through familiarity and practice. I have had students go to Greece for a semester and come back changed, far better readers. It was in part their focused commitment. Modern Greek is quite different from ancient, but I do wish I knew it. Modern English does help you read Chaucer, but they are miles apart.

The too simple answer is that almost anything you do will help, the question is how much and at what cost."

by MAubrey
He(?) isn't even really a mild skeptic.

Randal can speak for himself, but I cannot imagine him saying that the communicative method will "gain [you] profound insights that can't be achieved otherwise."

It's more like he's already on board and convinced, but simply hasn't bothered with it because of his views of how much time and effort is worth it.

by Stephen Hughes
As is the case for much criticism that is made, the Communicative Method seems to be criticised for not being what it is not.

It is perfectly normal in any language learning experience to learn (be taught) the target language, but to actually acquire an interlanguage. That means that the form of the language that is produced in speaking and writing differs from the "standard" grammar of the language in both regular and random ways. That is a necessary step. A learner acquires an interlanguage, and then works on it to attain a more accurate version of the language. For YouTube examples of spoken Koine or (Classical) Greek, speakers diverge from the standard to different degrees. There are a number of ways of thinking about the way that one's native language affects the learning of an additional language, but there seems to be a consensus that our first language(s) do affect the languages that all human beings acquire later. The most noticeable might be pronunciation, word order, or the structuring of a discourse. If (modern) speakers of Koine Greek were not displaying evidence of language transfer (bringing elements of English into Greek), they would either not be learning the language, or not be human. There is need for standardisation after acquisition. What is the difference between slowly composing and speaking in real time? Speaking in Koine Greek, is more likely to produce language using brain function described the Parallel Distributed Processing model, in other words, Greek will be processed as a language, rather than as a (logical) puzzle.

It one time it was fashionable to say that only native speakers could effectively teach a language, but these days it is a claim that is not so frequently heard. On of the rationales for that is that a native speaker is a member of the culture to which the language is native. Hidden within that assertion is the assumption of the right of dominant cultures to dominate. Some elements within a society are in favour, while others are marginalised. Culture in a broad definition is inclusive, while used in the sense that teachers who represent a language should be part of the culture, tends to mean that language teaching is part of the process of cultural self-perpetuating. Is a living languages approach going to ever be part of that process? In short, no. Not in the short-term at least. There is a lot of learner input into the learning process, and even in an immersion setting those learners do outnumber the instructors. Short of a submersion experience, where the instructors outnumber the students, that will be the case in a living languages approach.

Changing from a passive to an active knowledge of a language is a messy and embarrassing reorientation of one's relationship to a language. There is really no way to maintain one's self image during the process that doesn't have some other (negative) effect. Think about ambiguity and specificity. A native speaker, speaking to another native speaker from the same social (or cultural) group will not need to use the language as clearly, as a non-native speaker will feel the need to. Adult learners tend to spell things out more clearly, saying, "The man said to the woman that there were five apples on the table.", while a person, who was more apt at using the language might only highlight the piece or pieces of information that were needed to be conveyed. From a basic "He told her there were some there." one or other of those could be stated more clearly. The habit of spelling out more information in an L2 is a speech habit that is hard to (self-)correct. A person is concise, confident and clearly understood in their native language will blather on at length and still not be quite sure that they are understood in a language they are acquiring.

Think now for a while about order of acquisition. How is a language learnt? Learning the second declension first is not abnormal because we skip the first declension, but because we learn a whole declension out on its own in isolation. Similarly, acquiring vocabulary outside of the structures they can be used in is non-optimal. The trouble with trying to teach a difference between say δέος and φόβος is that there is so much difference of opinion about what the difference might be. It is an area of the language, which if you were to look at the notes that various commentators make on a word, you might wonder if they were all just making it up. What doesn't change so readily are the structures that firm the language. The order of acquisition is what structure or feature of the language does one need to build on to understand and use the "next" structure. Fortunately, the Koine Greek is in general a simplification of the possibilities for weaving structures together. It does not require us to deconstruct 3 or 4 structures that have been built together into a sentence, like we might find in good Attic prose. Reading word by word with a dictionary, it is difficult to discern what is what. Learning structures (or a more microscopic level features) within the language in an order that lets one build on the other is, logically enough, a natural order of language acquisition. Passively reading a text doesn't even require learners to master structures, but producing language does.

The Living languages, or the communicative method is used to teach languages by both native and non-native speakers. It is not all that is needed to master a language, but it is a way of learning that has positive results and is based on a body of SLA research. I have heard some claims of enlightenment from those using the method for Koine Greek, but I rather think that that rather reflects poorly on other methods of teaching that some individuals couldn't do well in.

by Jonathan Robie
I think the real question is whether you learn a language better by actively using the language by listening, speaking, reading, and writing in that language. I think the answer is yes. In our time, Randall is the pioneer for teaching this way.

It takes more time to learn German as a language. There are also classes for scientists or theologians who want to be able to read German texts but don't really want to learn the language. That's what most seminaries provide for Greek. When I was a graduate student in cognitive psychology, I walked by the office of a professor who was trying to understand a paper on stuttering, discussing it with a grad student who also did not really know German. I didn't know anything about stuttering, but I was able to pick up the paper and translate it for them on the spot.

I don't think this is really about gaining profound insights that can't be achieved otherwise. I wonder how many profound insights into the text require knowing the original language at all, translations are good and there are some really good commentaries. But you get a much deeper feel for the voice of the original writers if you have a better command of the language. It's mostly not about exegesis or theology, if those are your only concerns, you can probably get by without really knowing Greek all that well.

by Jonathan Robie
Incidentally, I don't think you have to reconstruct the ancient Greek world to teach people to listen, speak, read, and write in Greek. Micheal Palmer and I were working on teaching John 1 interactively, using no English at all, and we had to figure out how to present the words ἀρχῇ and τελευτή, which are rather abstract. He suggested that we use images like these - you don't need to reconstruct ancient Greece to illustrate these concepts without using English. 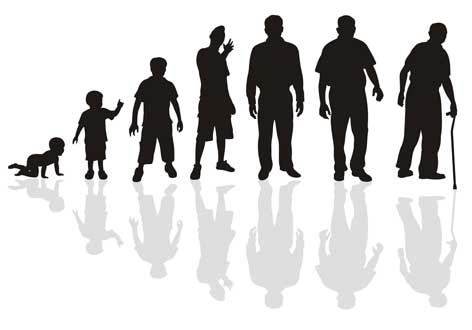 Randal can speak for himself, but I cannot imagine him saying that the communicative method will "gain [you] profound insights that can't be achieved otherwise."

It's more like he's already on board and convinced, but simply hasn't bothered with it because of his views of how much time and effort is worth it.

Thanks for the feedback!

Jonathan Robie wrote:I think the real question is whether you learn a language better by actively using the language by listening, speaking, reading, and writing in that language. I think the answer is yes.

Thanks Robie! That was my thought process. If this method speeds up and enhances one's comprehension and as a result causes a student to continue on with the language, then that's a positive.
All times are UTC-04:00
Page 1 of 1
Powered by phpBB® Forum Software © phpBB Limited
https://www.phpbb.com/