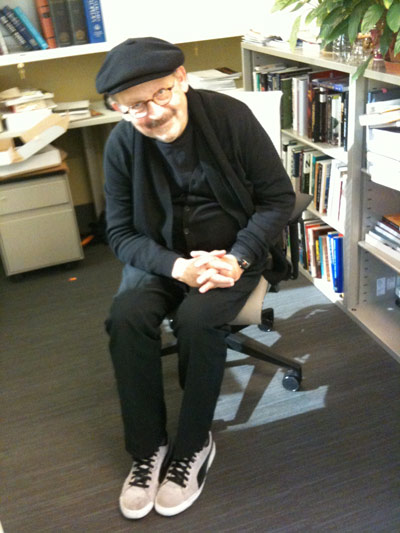 Paul Manning Price, an extraordinary friend, teacher, editor and musician, died on July 15, 2012 at his home in Chapel Hill, N.C., surrounded by his family and friends. He was 59 years old.

Paul was born in Ankara, Turkey, on Dec. 23, 1952, the son of Darrell Manning Price and Anna Maldari Price, marking the beginning of a full life roaming. In 1974 he graduated from the University of North Carolina at Chapel Hill with a B.A. in international studies, one of the first students to do so. He was later an influential and admired teacher at UNC.

In 1986 Paul assisted Dr. Lou Lipsitz in producing a political science textbook, American Democracy, and in 1995 became assistant director at the University Center for International Studies (now called the Center for Global Initiatives) at UNC. He lectured at the University of Asmara, Eritrea, worked in various capacities in Boston and San Francisco, and, as a child of a U.S. Diplomatic Corps family, he lived in the Middle East and Southeast Asia as well. He was, in every respect, a man of the world.

From 1999 until his retirement in January 2012, Paul was a member of the Social Science Research Council in New York City. In his role as editorial and communications director, he oversaw the publication of books, created promotional materials and directed internal communications, always with an eye to quality and integrity, and served as a key advisor to the council president. He is remembered by all as a giving and perceptive mentor whose wise counsel changed lives. While at the council he was associate editor of the Oxford Dictionary of the Social Sciences (Oxford University Press, 2002), and co-editor of Understanding September 11 (The New Press, 2002).

Paul seemed to have led two lives: one as a social scientist and the other as an inspired professional musician. Much like his hero, Paul McCartney, he was a producer, songwriter, vocalist, piano player, lead guitarist, rhythm guitarist and bass guitarist in many Chapel Hill bands, from the 1970s to the 1990s, including Luthermoon, Toulouse Tâ€™Trek, the Swamis, the Emperors of Ice Cream and Lud. His last CD, which he composed and produced, was with the Morays, in New York City; itâ€™s called Everything Will Be Alright. He was writing and recording music until the end. Music was his last and greatest love.

Paul Price is survived by his wife, Kelli Ervin-Price, of Durham, N.C.; his brother, James Wilson Price, of Salisbury, N.C.; his sister, Valerie Anne Price, of Carrboro, N.C.; and many cousins, aunts and uncles in North Carolina, Massachusetts, California and Italy.

There will be a visitation at Summersett Funeral Home in Salisbury from 6 to 8 p.m. on Thursday, July 19, with graveside rites and burial at Rowan Memorial Park in Salisbury on Friday, July 20 at 10 a.m. There will also be a memorial service at the Friends Meeting House in Chapel Hill, 531 Raleigh Road, on Saturday, July 21 at 5 p.m., with a reception to follow from 6 to 7.

Flowers may be sent to Summersett Funeral Home, 1315 West Innes St., Salisbury; or, in lieu of flowers, donations may be made to a favorite charity.