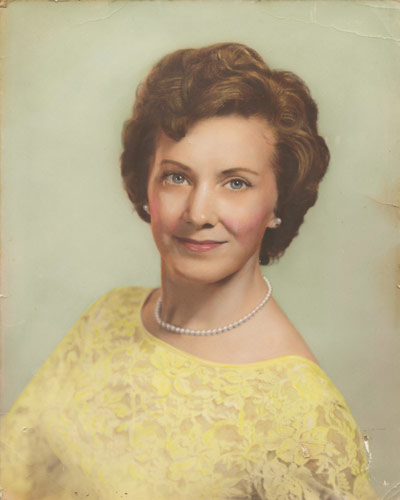 Services for Patsy Jean Slaybaugh, 81, of Copperas Cove, Texas, will be held on Friday, Aug. 24, 2012, at 1 p.m. at Crawford-Bowers Funeral Home in Copperas Cove with burial to follow at 3 p.m. at the Central Texas State Veterans Cemetery.

She was preceded in death by her husband of 56 years, Douglas T. Slaybaugh; two sons, Gerald Slaybaugh and James Slaybaugh; a brother, Darrell Council; and her parents.Â

Words of comfort may be left at crawfordbowerscopperascove.com

Crawford-Bowers Funeral Home in Copperas Cove is in charge of arrangements.