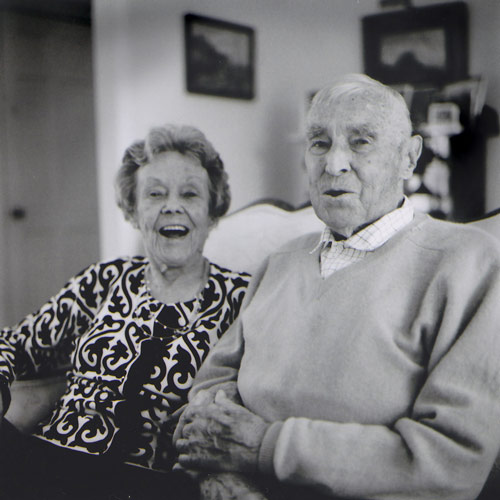 Perhaps lastâ€™s weekâ€™s death of 98-year-old Gerald Angier Vernon of Darien, Conn., should not have surprised anyone, given his age. But Uncle Jerryâ€™s passing rendered me vaguely disoriented and deeply moved. For what claims of family do I (a come-lately-nephew-in-law) have on the indefatigable old salt? Only that as a kid without a proper father, I saw in Uncle Jerry the dad I never had â€“ gregarious, loving, funny, never judgmental but always attentive. My favorite memory is Uncle Jerry showing me his yoga moves at 95. Last April when the family let it be known that Jerry had but months to live, we hightailed it 18 hours round-trip to New England for a single eveningâ€™s dinner and photo-taking. So how does it feel to be making a last photograph of someone you treasure? All I can say is that as a photographer, it was my small and almost silent (click) act of love. And of course, the family patriarch soldiered on for another six months. Meanwhile back home, I stowed that old â€™50s-era Rolleiflex, not having the nerve to develop the film â€¦ until now, after his death, when again we see the bright happy face of my Other Dad, (with his child-bride, 90-year-old Aunt Mary, glowing in the background) as he cheers us on to embrace life as fully as did he.