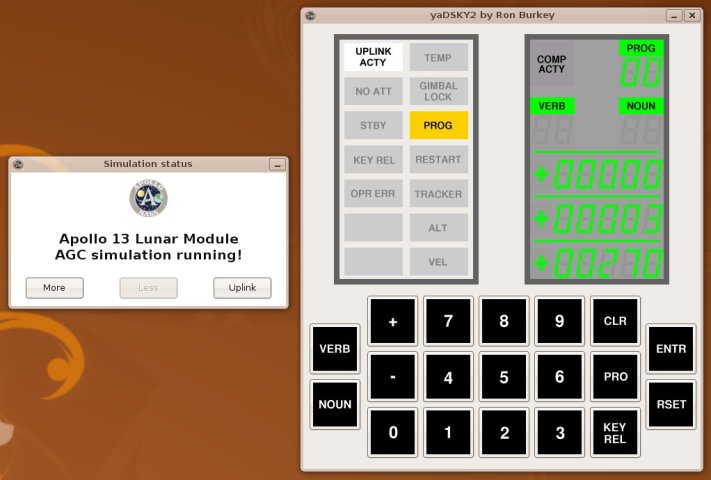 I got the idea while watching the movie Apollo 13. The instant in the movie where the AGC is powered up on Earth approach is the instant when the viewer suddenly feels that survival of the astronauts has changed from “highly unlikely” to “very probable”. It gives me a chill whenever I see it. Anyhow, on watching this one day, it struck me that it was a shame nobody knew any longer how to operate the AGC—let alone write the programs for it. (As it happens, that thought was a bit premature: only 35 years had passed since the AGC software was written, thus many of the original software developers were still reasonably young. Nevertheless, the principle is correct, since very few people could use or program the AGC.)

It had been a long journey for the AGC from the original mission computer in 1970 to the movie release in 1995 to the film inspiring Ron Burkey as he viewed it in 2003. Then not long after, Ron began recreate a simulation and later a physical version of the AGC.

Along the way, Ron collected documentation, scanned and transcribed code, and built a space for collaboration and dissemination at ibiblio/apollo.

The site and collection greater than a decade in the making recently received more attention as the code was placed for download in a github repository.

But to experience the technical complexity and to work on the project yourself, you’ll want to visit Ron’s site. You might want to begin with the ”Kinder Gentler Introduction” to the AGC unless you know a bit about the period and the Apollo already.

Like code today, the comments are as amusing as the coding. My favorite is a misattributed Shakespeare quote:

THE FOLLOWING QUOTATION IS PROVIDED THROUGH THE COURTESY OF THE AUTHORS.

“IT WILL BE PROVED TO THY FACE THAT THOU HAST MEN ABOUT THEE THAT USUALLY TALK OF A NOUN AND A VERB, AND SUCH ABOMINABLE WORDS AS NO CHRISTIAN EAR CAN ENDURE TO HEAR.”
HENRY 6, ACT 2, SCENE 4

Good quote for programmers of that era, but from Henry 6 – Part 2, Act 4, Scene 7. Obviously a slight typo from past times.

Project Gutenberg has it as: “It will be prooued to thy Face, that thou hast men about thee, that vsually talke of a Nowne and a Verbe, and such abhominable wordes, as no Christian eare can endure to heare.”

Luckily an error in a comment in an attribution wasn’t fatal to the flight or to the project.

Read, learn and prepare for lift off! 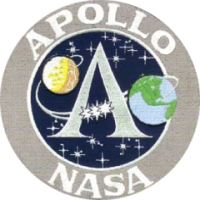