The Pig
Donâ€™t let the name fool you â€“ The Pig is not your average simple barbecue restaurant.

END_OF_DOCUMENT_TOKEN_TO_BE_REPLACED

Summerâ€™s end arrives on Sept. 22 at 11 minutes prior to 11 a.m. By then, the fall cycles of daily life will have been in motion here for almost a month.

From our hill south of town you can almost hear the school year commencing in late August. For a couple of weeks, thereâ€™s an ever-increasing distant roar of extra vehicles and HVAC units. Eventually, we hear the loudest outdoor sound the town produces â€“ Kenan Stadium after a score by the home team.

This almost-past summer was a scorcher. Weâ€™re lucky here in that we saw a good bit of rain during the heat compared to states west of us. Cooler weather in late August reminded us that long sleeves and nights under blankets are coming soon. But while the cool starts to creep in, there is one remnant of summerâ€™s record heat to keep an eye on. The waters of the Atlantic Oceanâ€™s hurricane alley remain quite warm, fueling the storms spinning off the coast of Africa around Cape Verdes as they make their trek west. The later-season storms are the ones we worry over along the Carolina coast and even far inland. As of this writing, a few such systems are spinning slowly through the tropics.

The full moon in September is known as the Harvest Moon, Barley Moon and Corn Moon.

Planets & Stars
Reddish Mars appears low in the southwestern sky in the early evening. Much of the month, Saturn can be seen to the right of Mars and above the bright star Spica, but by the end of September the ringed planet slips away into evening twilight. Jupiter and Venus are the brightest objects in the early-morning sky (other than the Moon when itâ€™s up); Venus is the lower and brighter of the two planets. Mercury hides in the Sunâ€™s glare all month
â€”Amy Sayle, Morehead Planetarium and Science Center

Like any small child, Nathan Toben and his band of collaborators have a habit of throwing together ideas regardless of the boundaries “adults” might place around them. Forget rules. Forget genre. There is only play. For kids that tends to mean pulling down glass ware or wandering into closets, for The Toddlers it takes the form of post-punk Americana that surges with emotional honesty.

The band’s currently raising funds to record a debut album with Mitch Easter at his studio, Fideltorium. Are these the sort of Toddlers you want taking your $5? Find out for yourself after the jump!

END_OF_DOCUMENT_TOKEN_TO_BE_REPLACED 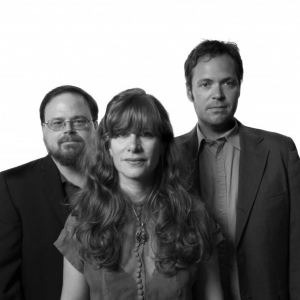 Regina Hexaphone has been kicking up a storm in local music since 1997. The band’s seen line-up shifts and activity lulls, but they’ve held steadfast to the rootsy pop/rock sound that’s kept them relevant and front-woman Sara Bell a creative force in local music.

Sure, the band has a way with jangly riffs and hooking melodies, but can one of their own handle our five questions? See for yourself after the jump.

END_OF_DOCUMENT_TOKEN_TO_BE_REPLACED

This has been quite a summer so far. July 2012 will be remembered as among the driest â€“ number five on the all-time list for the United States. It was also a reminder that itâ€™s probably time I dropped my annoying custom of refusing to use the word â€œhotâ€ until August. June and July were plenty hot, especially that string of days above 100. If the climateâ€™s going to change, I might as well too.

As extreme as the heat has been, the tropics have been fairly calm. You may recall that the season began with a couple of named storms before hurricane season officially started. Since then, itâ€™s been quiet â€“ too quiet.

Thereâ€™s some indication that the season will start to busy up a bit. Texas, the Gulf Coast and the Mississippi Valley sure could use a soaker. Weâ€™re not quite as dry, but a little light tropical relief would certainly be welcome.

August is one of those months in which the extent of daylight changes at quick pace. We lose almost a full hour over the course of the month.

Planets & Stars
Over the month, three bright objects â€“ Saturn, Mars and Spica â€“ slowly converge and then diverge low in the early-evening western sky. Look for Saturn about 5 degrees (half the width of a fist held at armâ€™s length) above Spica, a bright bluish-white star. Mars lies to the right (west) of Saturn and Spica until nearly mid-month, when Mars passes in between them, heading to the left (east). Jupiter and Venus dominate the eastern morning sky; Venus is the brighter and lower of the two planets. At mid-month Mercury pops up in the eastern morning twilight.
â€”Amy Sayle, Morehead Planetarium and Science Center

You may have noticed that weâ€™ve had a lot of trees in the paper lately.

END_OF_DOCUMENT_TOKEN_TO_BE_REPLACED

by Mary Parker Sonis
North Carolina leads the nation in two distinct categories: We produce the finest basketball players in the country and we hold the dubious distinction of leading the nation in snakebites.

END_OF_DOCUMENT_TOKEN_TO_BE_REPLACED

One of the keys to any decent civilization is a ready supply of fresh-baked bread, and to the delight of many, there finally seems to be enough of the stuff floating around the Triangle.

END_OF_DOCUMENT_TOKEN_TO_BE_REPLACED

Good things come
to those who wait
by Evan Crouch
Itâ€™s been said that patience is a virtue. This age-old axiom rings especially true in the realm of beer cellaring.

END_OF_DOCUMENT_TOKEN_TO_BE_REPLACED

The newest addition to Carrboroâ€™s restaurant scene, Venable Rotisserie Bistro is certainly off to a good start.