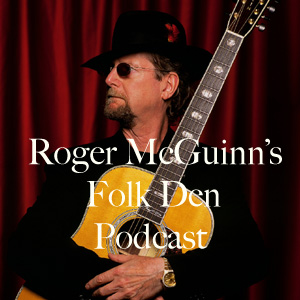 How do I download this Mp3?
Mp3: Squid-Jigging Ground
This squid catching song originated in Newfoundland, though the names of the places have changed due to the folk process.My wife Camilla and I love to taste and compare crispy calamari at restaurants around the world. She always asks “where do they get all this squid”? A fair question, considering the enormous amount of calamari consumed worldwide each day. I did some research to find out more about where squid come from and how to jig for squid. A preferred method of catching squid is trawling with a jig or lure. This method mimics a live lone prawn traveling through the water with an erratic movement, which creates a realistic impression of a terrified and panic ridden prey. It’s an easy effect to accomplish. Attach the lure to the end of the line using the usual method, and also attach a small weight near the swivel to keep the lure low in the water. Cast out as far as possible, and, depending on the water depth, begin reeling at a constant speed. Keep in mind you are trying to keep the prawn at a constant height of about two feet above the sea bed or sea grass, so time your reeling accordingly. Straight forward reeling won’t create a realistic effect of a panicky prawn, so occasionally sharply draw the rod upward, so the prawn shoots forward toward the surface of the water by about three feet. Then slack off reeling until the prawn reaches the depth at which it was previously traveling. Repeat randomly during reeling, but not too frequently or the squid will lose interest. Note that the squid will usually strike when the jig is falling back to its previous depth. This is due to the reduced speed and less threatening composure of the prawn. If you see squid following the lure when drawing in line close, on the next cast, trawl more slowly than before, as a not so hungry squid will not take a chance on a fast moving piece of prey, easier prey is more appealing. Don’t reel in too fast or you’ll just get a squid leg and not the whole squid. Pink lures work the best. Be careful when taking the squid out of the water, they bite, and have lots of black ink that they squirt to conceal themselves while under water. Using a net to take them off the lure is the safest way to insure that you won’t lose the squid.
Lyrics:
[D] Oh, this is the place where the fishermen gather,With [G] oilskins and [D] boots and Cape Anns [Em] battened down;

[G] All sizes and figures with [D] squid lines and jiggers,

They congregate here on the [A] squid-jigging [D] ground.

Some are workin’ their jiggers while others are yarnin’,

There’s some standin’ up and there’s more lyin’ down;

While all kinds of fun, jokes and tricks are begun

As they wait for the squid on the squid-jiggin’ ground.

There’s men from Bar Harbour and men from the Tickle,

In all kinds of motorboats, green, grey and brown;

There’s a red headed Tory out here in a dory

Running down Squires on the squid-jiggin’ ground.

The man with the whiskers is old Jacob Steele;

Whenever he’s out on the squid-jiggin’ ground.

He’s the best hand at squid-jiggin’ here, I’ll be bound.

The very first squid on the squid-jiggin’ ground.

Holy smoke! What a bustle! All hands are excited.

It’s a wonder to me that nobody is drowned.

They’re all jiggin’ squid on the squid-jiggin’ ground.

With spots of the squid juice that’s flying around;

One poor little boy got it right in the eye,

But they don’t give a hang on the squid-jiggin’ ground.

Says Bobby, “The squid are on top of the water,

I just got me jigger ’bout one fathom down” —

When a squid in the boat squirted right down his throat,

And he’s swearin’ like mad on the squid-jiggin’ ground.

If you ever feel inclined to go squiddin’,

Leave your white shirts and collars behind in the town.

And if you get cranky without your silk hanky

Oh, this is the place where the fishermen gather,

With oilskins and boots and Cape Anns battened down;

All sizes and figures with squid lines and jiggers,

They congregate here on the squid-jigging ground.