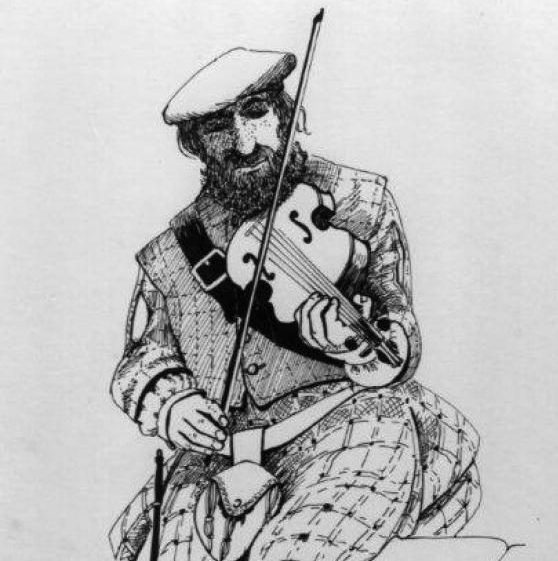 Jamie Macpherson was a Scottish robber, born in 1675, the illegitimate son of a Highland laird and a gypsy woman.
When his wealthy father, who had raised him in his house was killed by cattle thieves, he went to live with his gypsy mother. Growing up in that culture led him to a life of crime although he was more like Robin Hood in that he didn’t rob the poor and disadvantaged.

Jamie was unusually strong and skilled as a swordsman and a violin player.

He was arrested for bearing arms at a market and sentenced to death by hanging on November 16, 1700.

There was a pardon on the way but the town advanced their clock 15 minutes so the hanging would take place before the pardon arrived. The town left the clock in that position for many years.

While in prison the night before his execution he composed this song. Before he was hanged, he played this tune beneath the gallows, and then, after playing his song, he offered his fiddle to his clansmen to play it at his wake. No one came forward, and so he broke the fiddle across his knee, throwing the pieces to the crowd, saying, “No one else shall play Jamie Macpherson’s fiddle”.The Clan Macpherson Museum in Newtonmore houses what remains of his fiddle.

I’ve lived a life of grief and strife
I die by trechery
But it breaks my heart, I must depart
And not avengá¨d be