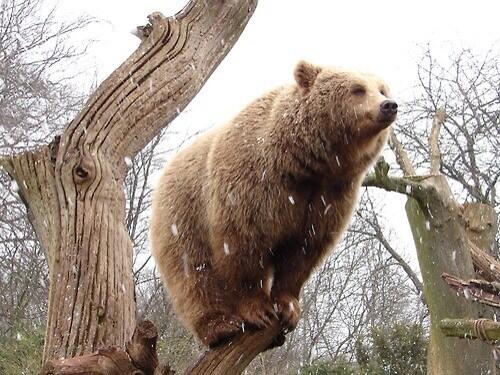 How do I download this Mp3?
Mp3: The Preacher And The Bear – Click To Play
A popular minstrel song form the 1800s.
Lyrics:

[Am] Now the bear marched out in the middle of the road
[Em] Right up to the Preacher [Am] you see
[D] The Preacher got so excited, he climbed up a cinnamon [G] tree
[C] The bear sat down upon the ground,
the [F] Preacher climbed out on a [C] limb
[F] Well he cast his [C] eyes to the [D] Lord in the skies,
[G] These words he said to [C] Him

[Am] Now he hit the ground cuttin’ right and left,
[Em] he put up a very good [Am] fight
[D] Then the bear grabbed the Preacher,
and he squeezed him a little too [G] tight
[C] The Preacher dropped his razor, the [F] bear held on with a [C] vim
[F] Well he cast his eyes to the [C] Lord in the [D] skies
[G] These words he said to [C] Him
CH
[C] They fought all the way to the river,
[F] it was a terrible [C] fight
That bear just kept a-hanging on,
but the [D] Preacher was a-doing all [G] right
[C] He dragged that beast right down in the water
[F] it was three times in and [C] out
[F] Then the bear got up and he [C] limped [D] away
[G] and the Preacher began to [C] shout

[C] Oh, Lordy, didn’t you deliver [F] Daniel from the lion’s [C] den
Also, deliver Jonah, from the [D] belly of a whale, [G] Amen,
And oh Lord, it may-not look like much from way up there,
But the hardest job I ever done was a-baptizing that bear.

Reminds me of this joke:

The Atheist and the Bear!

An atheist was taking a walk through the woods, admiring all that the evolution had created. “What majestic trees! What powerful rivers! What beautiful animals!”, he said to himself.

As he was walking alongside the river he heard a rustling in the bushes behind him. He turned to look. He saw a 7-foot grizzly charge towards him. He ran as fast as he could up the path. He looked over his shoulder and saw that the bear was closing.

He ran even faster, so scared that tears were coming to his eyes. He looked over his shoulder again, and the bear was even closer. His heart was pumping frantically and he tried to run even faster. He tripped and fell on the ground. He rolled over to pick himself up but saw the bear right on top of him, reaching for him with his left paw and raising his right paw to strike him.

At that instant the Atheist cried out “Oh my God!….”
Time stopped.
The bear froze.
The forest was silent.
Even the river stopped moving.

As a bright light shone upon the man, a voice came out of the sky, “You deny my existence for all of these years; teach others I don’t exist; and even credit creation to a cosmic accident. Do you expect me to help you out of this predicament? Am I to count you as a believer?”

The atheist looked directly into the light “It would be hypocritical of me to suddenly ask You to treat me as Christian now, but perhaps could you make the bear a Christian?”

“Very well,” said the voice.
The light went out.
The river ran again.
And the sounds of the forest resumed.
And then the bear dropped his right paw ….. brought both paws together…bowed his head and spoke:

“Lord, for this food which I am about to receive, I am truly thankful…AMEN!”
Author Unknown