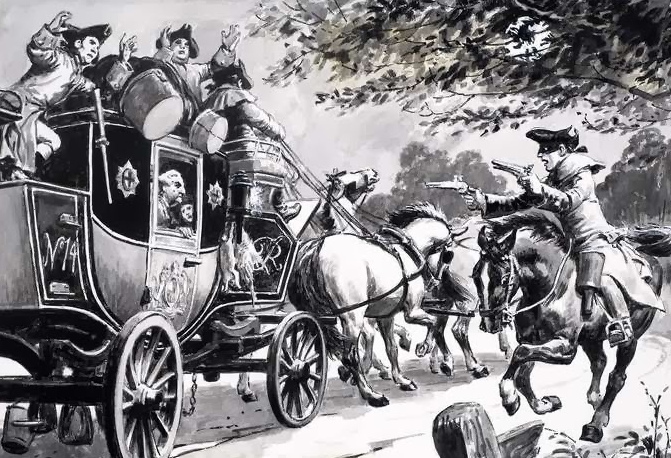 How do I download this Mp3?
Mp3: The Wild Colonial Boy – Click To Play
The Wild Colonial Boy is a traditional Irish song. It’s the story of a young lad who sailed from his home in Castlemaine, County Kerry, Ireland to Australia in the early nineteenth century and became a sort of Robbin Hood “robbing from the rich to feed the poor.” This is an account of his adventure.
Lyrics:

At the early age of sixteen years,
he left his native home
And to Australia’s sunny shore,
he was inclined to roam
He robbed the rich, he helped the poor,
he shot James MacEvoy
A terror to Australia was
the wild colonial boy

One morning on the prairie,
as Jack he rode along
A-listening to the mocking bird,
a-singing a cheerful song
Up stepped a band of troopers:
Kelly, Davis and Fitzroy
They all set out to capture him,
the wild colonial boy

Surrender now, Jack Duggan,
for you see we’re three to one.
Surrender in the King’s high name,
you are a plundering son
Jack drew two pistols from his belt,
he proudly waved them high.
“I’ll fight, but not surrender,”
said the wild colonial boy

He fired a shot at Kelly,
which brought him to the ground
And turning round to Davis,
he received a fatal wound
A bullet pierced his proud young heart,
from the pistol of Fitzroy
And that was how they captured him,
the wild colonial boy