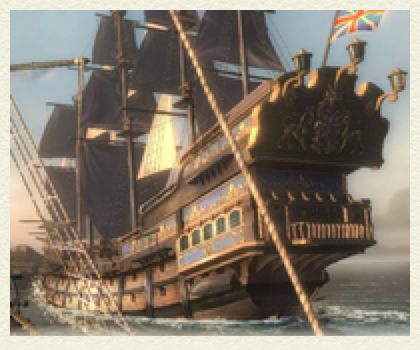 How do I download this Mp3?
Mp3: The Rainbow – Click To Play
This ballad from the 16th century immortalizes a British galleon of the English Tudor Navy named “The Rainbow.” She fought against the Spanish during the “Singeing the King of Spain’s Beard” and the Spanish Armada, including the Battle of Gravelines in 1588.

In the story, as was a maritime tradition the captain’s wife bravely took command of the ship after his untimely demise.

Lyrics:
[D] As we were a-sailing out on the Spanish shore
[Bm] The drums they did beat me-boys and loud [D] cannons did [A] roar
[Bm] We spied our lofty enemy come [D] sailing down the [A] main
[D] With her scarves a-still high to our top sails again