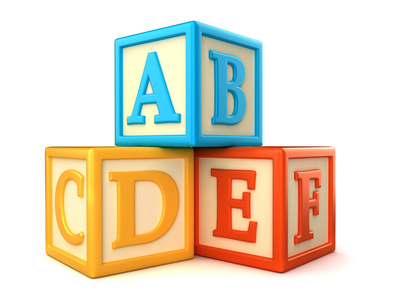 How do I download this Mp3?
Mp3: The A B C Song – Click To Play
It’s hard to imagine a song about the “ABC’s” without the tune to “Twinkle Twinkle Little Star.” The song only uses eight of the letters of the alphabet. But that’s how I learned it from the John Quincy Wolf Collection OZARK FOLKSONGS. You can listen to the original version there. Not sure if there were verses for the rest of the letters and the guy just forgot them or that’s all they had to say. In any case I modulated keys on this to make it more musically interesting.
Lyrics:

[A] And C was a carpenter
All covered with lace,

[D] Oh, E was a squire (Maybe that was originally Esquire)
With pride on his brow.

[A] And G was a gamester,
And he had good luck.